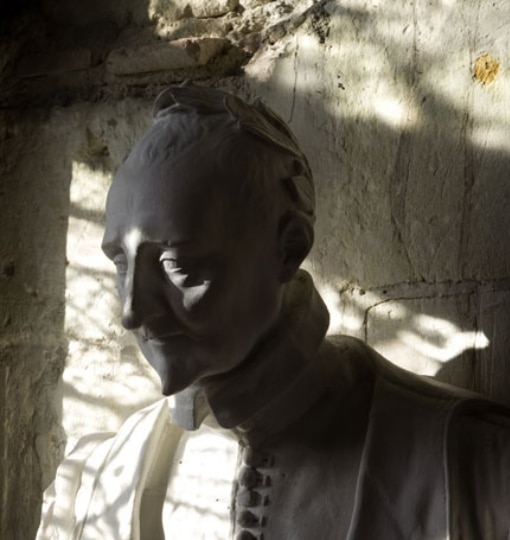 Pierre de Ronsard is a big name in French literature. The Romantics who rediscovered his work have meant he's usually typecast as a courtly poet writing romantic verses to the beautiful women who turned him down. But the poet of Princes and Prince of poets captures life in the French Renaissance for us today. He was an all-rounder, a traveller, hard worker and worthy royal servant who lived with the times (1524-1585). Ronsard was the youngest in a provincial aristocratic family living at Manoir de la Possonnière in Couture-sur-Loir in Vendômois who spent his childhood surrounded by Gâtine landscapes.

He always had a love for nature and the land he grew up in. But life had other ideas for him. 12 year old Ronsard joined King François I's court as a page for the young princes and princesses who he joined on their travels.

He was hard of hearing, probably due to some form of syphilis, so had to give up a career in the army and find another path. He was awarded the clerical tonsure in 1543 and led a comfortable life off his ever-increasing emoluments. It was time to draw his muses out of the inkwell... In 1545 in Blois, Ronsard met Cassandre Salviati who he transformed into Cassandre, the heroine of Les Amours. At the time, Ronsard was a diligent student at Dorat's Hellenist classes at Collège Coqueret in Paris. After the Pléiade's group manifesto, La Défense et illustration de la langue française by Du Bellay (1549), the Odes got the ball rolling for the Vendômois poet.

Next came Les Amours in 1552 (whose "continuations" appeared between 1555 and 1578 with sonnets inspired by Marie, Astrée and Hélène). Ronsard put a French spin on the sonnet inspired by Petrarch that courtiers adored. He put the same passion into every genre and wrote Bocage, Mélanges, Élégies et Mascarades and Hymnes which sealed his place as the king's official poet. He began regularly publishing his complete works in 1560.

The bond between Ronsard and Prieuré Saint-Cosme formed in 1565 when Queen Catherine de' Medici and her son, the young Charles IX, appointed him head of the priory. The gift may have been in recognition of the more political texts he'd written in previous years (Discours des misères de ce temps) and to encourage him to write La Franciade, the great saga King Henri II wanted. In the early 1580s, Ronsard was ill and tired of the court's tribulations so he often retreated to his priories, including the one in Saint-Cosme where he dictated his heart-wrenching The Final Verses on the eve of his death in December 1585.

His house is now an integral part of the new visitor trail. Poetry recitals, projections, books and games to bring you into the Pléiade poet's world. 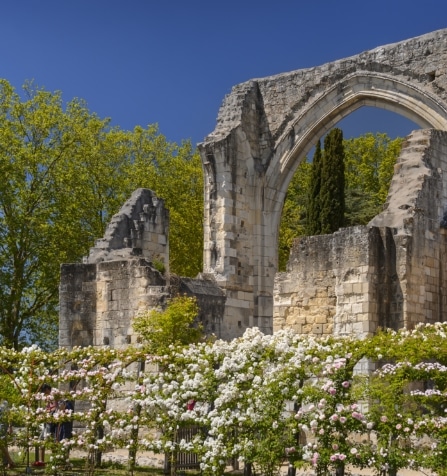 Pierre de Ronsard's history
Accessibility by WAH
Back to Top