Pierre de Ronsard was an avid reader before becoming a prolific writer. He left the marks of his reading in his poems so we have an idea of what he would have had on his book shelves.

The library is split into three categories: work by Greek poets and authors from Antiquity, work by Italian writers and work by French writers.

A PARTIAL REBUILDING OF THIS LIBRARY

Prieuré Saint-Cosme, Ronsard's House, Indre-et-Loire Council monument, hopes to partly replicate his "library" in 2023 in his office and back room next to the dining room. Whilst we wait for the new display, here are two articles summing up historical research about the library and Ronsard's working methods.

Unsurprisingly, the poet's love for his books was unconditional:

We don't know how many books Ronsard owned but he probably had a lot when he passed away in 1585. He inherited his uncle Jean de Ronsard's library (a vicar in the Mans diocese) in 1535 when he was 11 years old and added to it over the course of his lifetime. The library was mobile as the poet took it with him on his travels and could certainly fit into one or more trunks. So don't think of carefully arranged volumes packed onto a display... They would have been hide-bound books with the title or author's name handwritten on the front and laid horizontally on one or two "shelves".

His library was soon dispersed here and there when he passed away. But there's no mention of his books in the two wills he left. What we do know is that Guillaume Colletet (poet, academic and Ronsard biographer) had "some Italian books that Ronsard had read and contain countless handwritten notes and annotations" in 1648.

Only twenty or so books now definitely remain and have been proven to have belonged to Ronsard.

Out of the three main categories listed in the introduction, let's focus on the work of Greek and Latin poets and prose writers (classical and late Antiquity)

The work of Greek poets and authors from Antiquity form the body of this humanist library:

There are Latin poets (Horace, Ovid, Virgil) as well as Agricola, Cardan and Celsius, reflecting Ronsard's interest in science. There's also a volume by Lucretius, De rerum natura libri VI based on On Nature by Epicurus.

Greek publications include Latin-Greek dictionaries, Homer's Iliad and Odyssey, Anacreon and his romantic and feast poetry plus Alexandra by Lycophron, also annotated by Ronsard's teacher, Dorat and Apollonios of Rhodes, an epic poet. Ronsard also had a copy of Homeric Questions by Porphyry of Tyre, a Neoplatonic philosopher and follower of Plotinus.

Historians have found that Ronsard referred to a number of commentators on Latin and Greek authors: Macrobius and his Commentary on Cicero's Dream of Scipio, John Tzetzes, a 12th century Byzantine poet who explained the "subject" of the Iliad and Odyssey in Homeric Allegories.

all
In the priory collections: Marc Antoine Muret

In the priory collections : Marc Antoine Muret Nowadays it’s hard to grasp all the allusions to ancient myths and Antiquity authors in Ronsard’s poetry. But don’t worry, […] 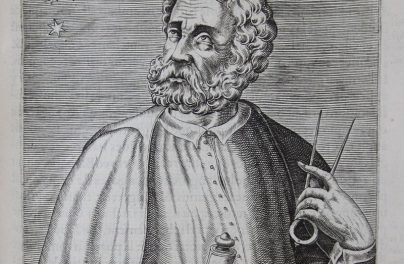 all
Poetry in Renaissance France

Poetry in Renaissance France Poetry formed the heart of French literature during the Renaissance. It was the subject of research, exploration, incorporated medieval heritage and inspired by Italian poetry […]